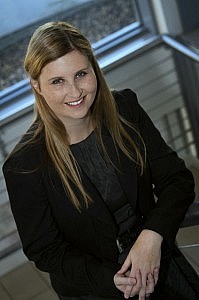 Kerrie founded Flinders Chase in 2012, after enjoying 14 years of delivering large capital investment projects within the private and public sectors.  She trained and practices as a Civil Engineer and has a Masters’ Degree in International Business Law.  Beginning her career as a Bridge Engineer, she branched out into major highways and infrastructure projects, and then moved into project and programme management for complex mixed-use urban regeneration projects in the UK and Ireland.  Kerrie has had a particular focus on education capital projects since 2005 and became a Project Director at Partnerships for Schools (now the Education Funding Agency) in 2007.  In her 5 years in Central Government, Kerrie was directly responsible for delivering over £340m of Academy and Schools projects in 15 different local authorities.  She was also the Programme Director for the £1.7bn Primary Capital Programme, which delivered over 1,600 separate projects in 151 local authorities, and Phase 1 of the £150m University Technical Colleges Programme.  Kerrie was one of three Programme Directors of the £2.5bn sponsored academies programme, which delivered more than 140 major projects to completion in just 4 years.  Kerrie has built her strong reputation for delivering complex capital projects and service improvements by developing a deep understanding of user requirements, collaborating with private & public sector partners and employing a rigorous approach to technical and commercial detail.  Her depth of knowledge and expertise goes beyond straightforward programme management and enables her to assemble projects, develop detailed briefs, select optimum procurement routes, manage risk and strongly manage the procurement phases to deliver high quality results and significant savings for public and private sector clients for any kind of project. 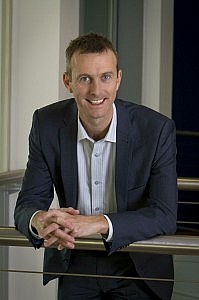 Ian is a Chartered Civil Engineer with over 20 years’ experience in delivering highways and infrastructure projects.  He began his career specialising in motorway maintenance schemes, having been part of the private sector team managing Area 10 of the motorway network in the North West of England for 10 years.  Ian also worked in Ireland delivering a range of major highways and transportation projects that were included in the National Development Plan.  In 2004 he worked with Liverpool City Council to deliver a range of highways and public realm projects within the £73m City Centre Movement Strategy for the city.  Ian became a Divisional Manager, heading the Highways Development Control team with the joint venture company established by Mouchel and Liverpool City Council, in 2005.  Within this role he established a unique model of collaborative working between the local authority and the joint venture company, which delivered significant efficiencies for Developers and the Local Authority.  He co-authored a published article in 2010 setting out this unique partnership model.  Ian has a long track record of delivering a wide range of highways and transportation projects, combining a pragmatic collaborative approach with a meticulous focus on technical detail.