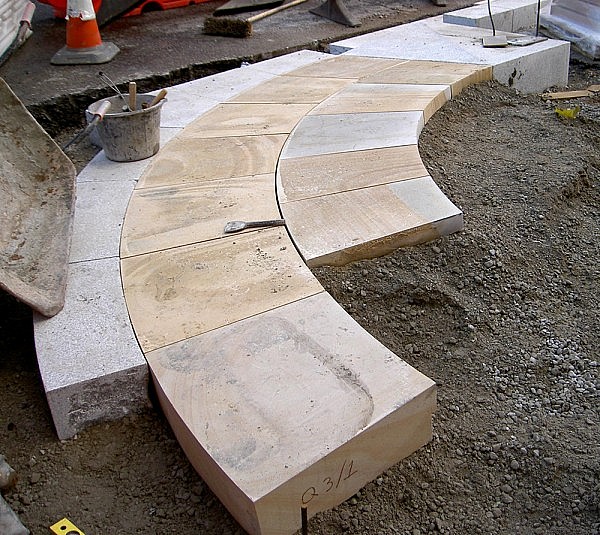 More than 5 years after its completion, the ground-breaking Hope Street Public Realm scheme continues to collect awards and act as a catalyst for high value developments. Originally identified as a priority in Liverpool Vision’s Strategic Regeneration Framework, Parkman (now Mouchel) was appointed as the Lead Consultant in 2003. Kerrie Norman was the Lead Designer and led a multidisciplinary team that developed one of the most innovative schemes in the UK. Camlins, as the Landscape Architects for the scheme, developed an ambitious and striking concept to realign the carriageway linking the Anglican Cathedral and the Catholic Metropolitan Cathedral and redefine the hierarchy of cars and pedestrians. This complex project needed a comprehensive approach to design to ensure the pavements could be fully reconstructed with new and reclaimed Yorkstone and accommodate the cellar lights and coal drops present all along the historic street. The design of each corner is bespoke and every stone was scheduled individually. Kerrie coordinated a series of utilities diversions and agreed a methodology for lifting the existing public art piece known as “The Suitcases” so that levels could be raised and a new public space created. The project and client team worked closely with a large group of stakeholders to implement unique public realm features and prove their robustness from first principles. The result is a celebrated scheme that has stood the test of time.