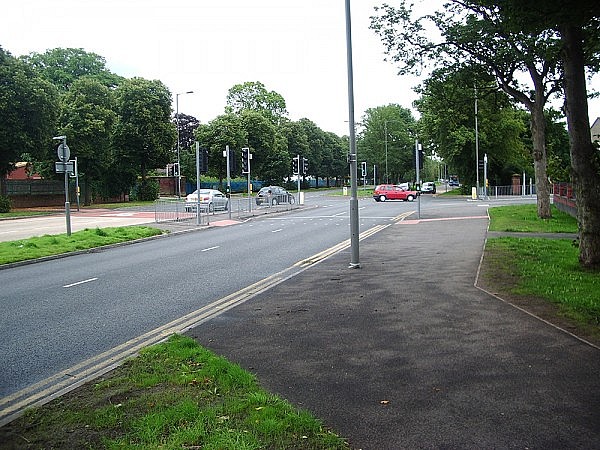 An existing Tesco store in Allerton, Liverpool, was significantly extended resulting in additional traffic on an existing dual carriageway. The existing access to the store was sub-standard and a new traffic signal controlled junction was needed. Ian Yates was Lead Designer for the project, working for 2020 Liverpool Ltd, carrying out the design of the junction improvement including the provision of a Tender Package and supervision of the works on site. The store extension was the subject of a Public Inquiry in 2005 which resulted in design constraints being placed on the highway works, including the need to retain existing trees along Mather Avenue and the need to coordinate the works closely with the usage of the nearby Liverpool University Sports Pitches. The works were the subject of a Section 278 (Highways Act) Agreement. The upgrade included the provision of additional traffic lanes and the inclusion of a pedestrian phase to the new signal controlled junction. The design included liaison with all interested parties within Liverpool City Council, (e.g. Conservation, Legal, Planning and Highways) as well as coordination with external bodies such as Statutory Undertakers, Merseytravel and local residents, and the developer’s main contractor for the store extension works.