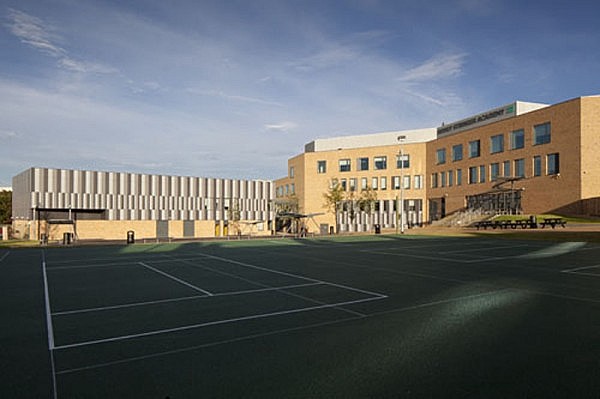 In September 2007, the predecessor school suffered a devastating fire that destroyed the majority of the school buildings and the school faced an uncertain future. Kerrie Norman became the Partnerships for Schools (PfS) Project Director for the project and developed a detailed programmethat delivered new buildings for the academy more than 2 years sooner than originally planned. The project commenced procurement in January 2009 and reached Contract Award in November 2009, with the procurement period of only 10 months being amongst the fastest of any secondary school or academy project delivered at that time. The project had complex stakeholder issues and the design and construction stages were particularly challenging with the site being severely constrained by the extensive temporary accommodation and lack of any grassed playingfields. The key requirements for each set of stakeholders were often contradictory, requiring careful management and the joining up of capitalfunding streams. Kerrie led a rigorous approach to identifying and managing technical and financial risks, which allowed the bidders and their design teams to flourish and develop highly innovative solutions to the site challenges with a good level of cost certainty.